Travel Blog Famous places in France along the Route Napoleon

Famous places in France along the Route Napoleon

Emperor Napoleon took this historic route in 1815 while returning from exile on the island of Elba. Covering most of the famous places in France along the 325 km route, this tourist road passes through a number of pretty towns and villages worth stopping at while winding through the spectacular mountains of Provence. The Route Napoleon has a remarkable design, with cambered corners and extraordinary scenic views. Unlike the usual mountain passes, this route is more designed for speed and the ability to really appreciate the performance of the car. So, book your Avis car rental in France and rev up the engine for a road trip that will blow your mind away. Here is our list of some of the famous places in France that you will get to see along this route.

Famous places in France along the Napoleon Route: Mini Guide

Best time to travel to these famous places in France

France especially the area in and around Cannes experiences a high footfall of tourists in the month of May specifically due to the Cannes Festival and the weather. If you are someone who doesn’t like that much crowd then it would be best to travel between June and September. You can hire a self-drive car from Avis.

-European Union licenses are valid in France but if you are travelling from other countries then your license must have an International Driving Permit (IDP).

-Use of mobile phones or hands-free is not permitted.

– Children under the age of 10 are not allowed in the front seat unless there is no back seat.

– The minimum age limit for hiring a car is 21.

Cannes: The most famous place in France 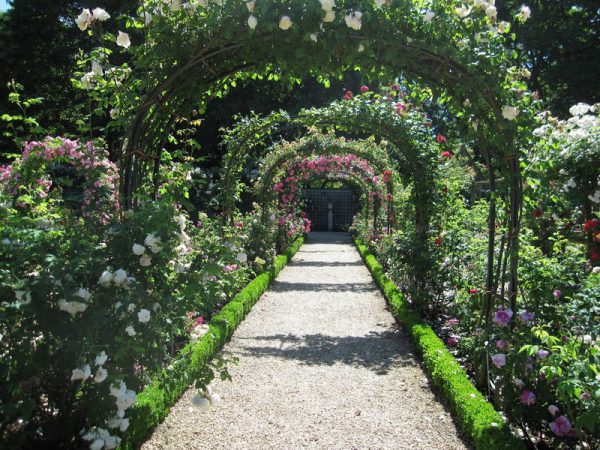 Cannes is one of the best tourist attractions in France, rightly known for the Cannes Film Festival, it encompasses a good number of luxury hotels and restaurants. Take a stroll or a drive in your self-drive Avis through Boulevard de la Croisette, one of the most fashionable streets of French Riviera and enjoy the beauty of French Art Nouveau Architecture which can be seen as you go through the various hotels, villas and upscale boutiques. Go to La Roseraie and spend some time in its private beaches which are some of the most famous places in France to relax or you can simply enjoy the view of the gulf and the Lerins Islands.

Other Tourist Attractions & things to do in Cannes:

Grasse: The perfume capital of the world 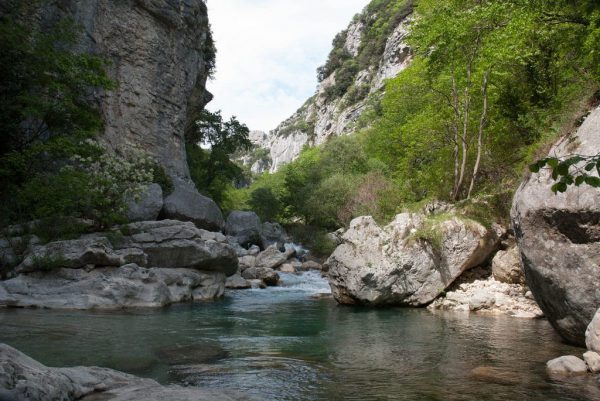 Known as the perfume capital of France, this place will for sure delight your olfactory receptors and is the best place to visit in France for perfume aficionados. Another famous place in France is the International Perfume Museum(Musee International de la Parfumerie)  followed by a visit to farms with all its sweet smelling flowers which are cultivated for the perfumes. Go to Art and History Museum (Musee d’Art et d’Histoire de Provence) to get a flavour of 18th and 19th centuries from the workshops of Marseille, Moustiers, Varages and La Tour d’Aigues. 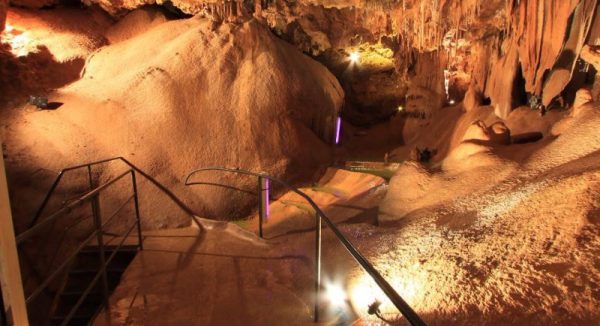 This is a famous place in France along Napoleon’s route and one of the best places in France, as it has got a fluted column erected in the memory of the ruler. Main tourist attractions include a network of caves and some places to stroll around like the botanical trail, horse riding trail, etc.

Castellane and Digne: The sister towns 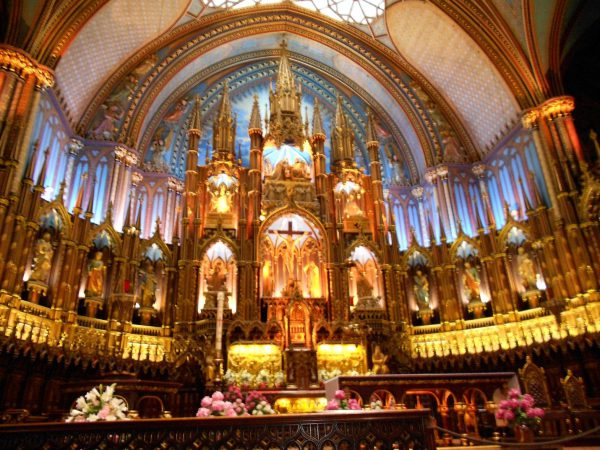 Both the towns as such do not have much to offer to the tourists in terms of site-seeing and historicity. Digne, one of the most famous places in France is also known as the capital of Lavender and one can see lots of them growing everywhere. Cathedral of Notre Dame-du-Bourg is an important monument in Digne. It was built in the 11th century and is of Roman fashion. Castellane has got some beautiful gorges and other scenic highlights to offer.

Sisteron: The “Gateway to Provence” 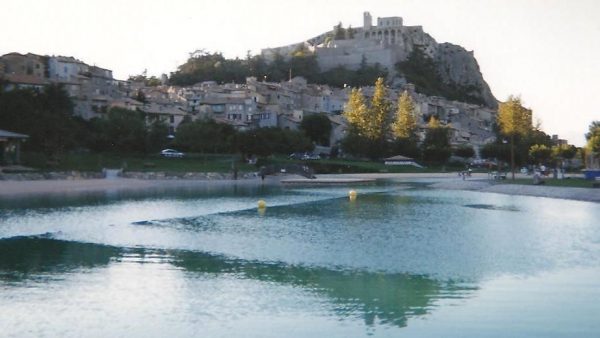 A picturesque town situated on the banks of the Durance River with mountains behind, this place is the perfect stop for the people who look for natural beauties. Citadel is the greatest attraction here which dates back to the 11th century. Chapel of Notre-Dame du Chateau is built inside which exhibits old paintings explaining the historical importance of the place and this makes the Chateau one of the most famous places in France among the art enthusiasts. 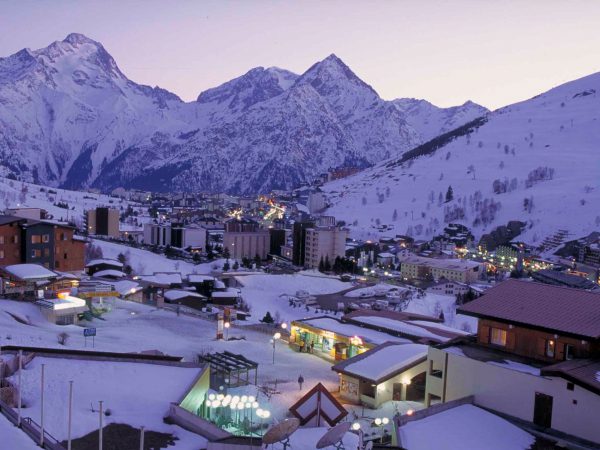 These towns are situated very close to each other in Rhone-Alpes regions and got some local markets, nice restaurants, and peaceful environments. You can take a drive along the scenic Valgaudemar valley which is one of the most famous places in France for hiking ending in a couple of hiking trails or walks at the shore of Lake Serre-Poncon which is one of the biggest lakes in Europe which also got water skiing, canoeing, jet skiing and other water sports making it a major tourist attraction in France. 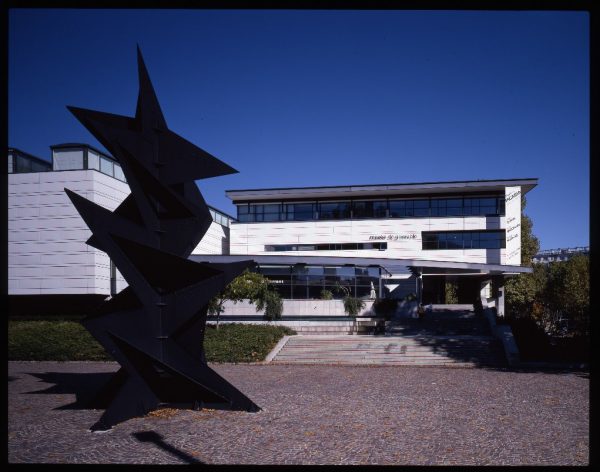 Here comes the final destination- the high-tech city of science surrounded by Northern Alpes. The place is rich with lakes, forests and mountain pastures along with its great historic value which goes back to the time before Romans. Brace yourselves to visit numerous museums (most of them do not require an entry ticket). Start your spree with Musee de Grenoble which is France’s one of the premier art museums with a collection of around 1,500 pieces covering artefacts from the 1200s to the present day making it one the major tourist attraction in France. After satisfying your historic hunger head towards the famous Cable Car ride which will carry you 263 meters up to the Bastille Fortress. Enjoy the views of the mountains as you glide up

Stays along the famous places in France

Located in Croisette, this is one of the most luxurious hotels in Cannes and they settle for nothing less than perfection. The hotel is like a new world altogether- you will get a welcome gift after stepping in and next level hospitality. They have highly trained butlers, chefs and other staff. Take a refreshing spa or go for a swim and if these do not satisfy you then walk out in their private beach area or maybe watch a film or two in their grand projection room. 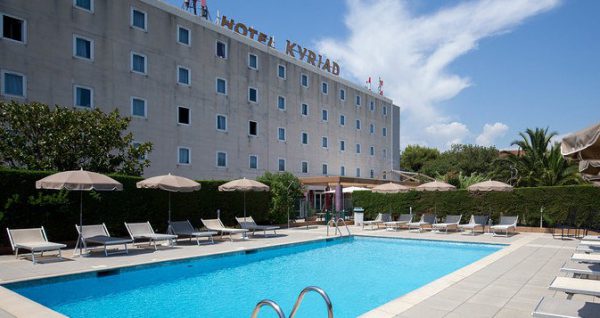 This is one of the budget hotels having a good connectivity with Cannes, Grasse and other neighbouring places. The place is famous for its in-house restaurant which serves authentic regional cuisines. The rooms are spacious and clean. The hotel provides other services like free WiFi, parking and a work desk without burning a hole in your pocket 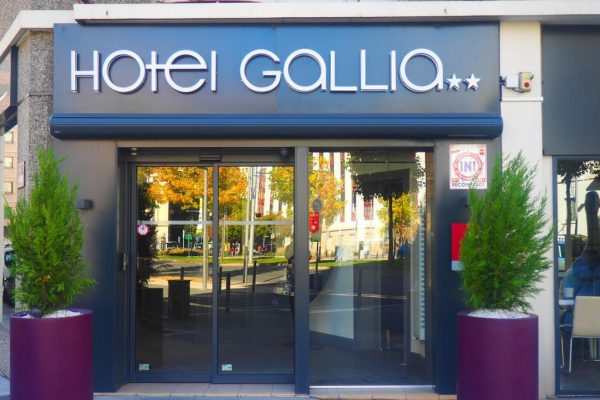 Located in the heart of Grenoble. This is very famous among budget travellers and is close to all the main attractions of the city. All the rooms are soundproof and are painted with soothing colours to maintain a relaxing aura around you.

Eateries along the famous places in France 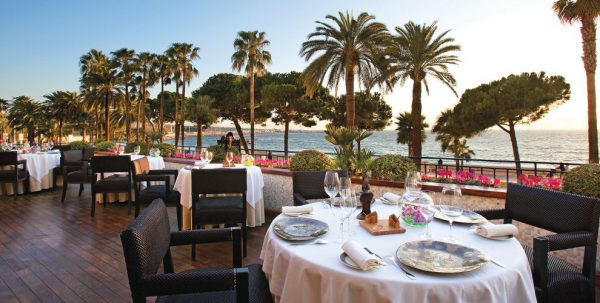 It is one of the chicest eateries and a very famous place in France to have authentic French culinary experience, you should definitely visit this if you are looking to have a sumptuous meal before going for this trip in your Avis car hire Cannes. This place is also popular for its extensive range of wines that are offered so go on sipping your favourite while you enjoy the beauty which surrounds you. 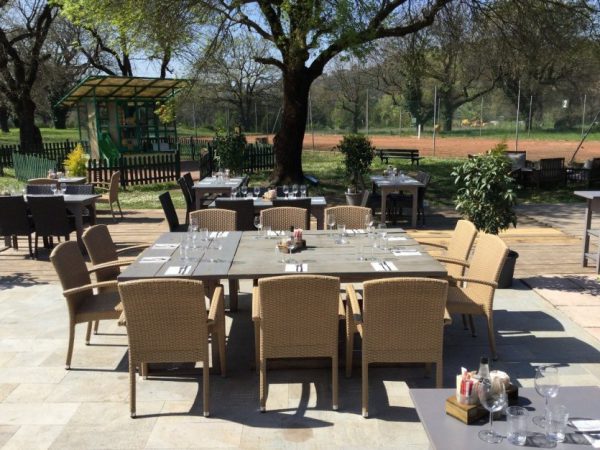 A hidden treasure in Grasse, this place provides with indoor as well as outdoor seating as well and organizes pastry classes every Wednesday, making it the most famous place in France to learn Pastry making. The main dining area opens towards large tennis courts and one can enjoy matches while enjoying the meals or sit outdoor and let sunlight embrace you and your food. Try their famous coconut chicken. All the items on the menu are fairly priced. 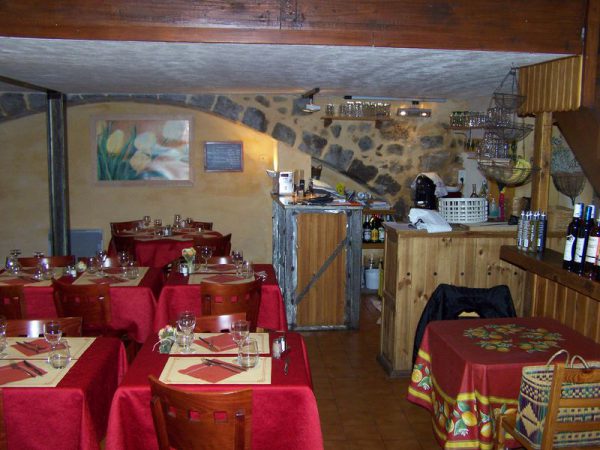 Apart from offering authentic French cuisine, they offer a special menu of ‘Homemade food’ which is made using the ingredients that are readily available and are served as one would get at home. This place is also a popular spot for people to hang out with their friends and chilled beer.